Our experienced and dedicated leadership team is guided by our Mission to provide care for the whole person, in service to all in our communities as well as by our core values of compassion, integrity, collaboration and excellence. 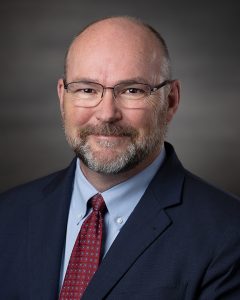 Steven C. Jorgensen serves as president of St. Mary’s Health System and senior vice president of Covenant Health. Prior to joining Covenant Health, Mr. Jorgensen enjoyed a diverse career with the world-renowned Mayo Clinic, where he served as head of Human Resources, Administrator for various departments and Chair of Clinical Operations at Mayo’s location in Jacksonville. His professional accomplishments also include tenure as Chief Operating Officer and Vice President of Business Development at Essentia Health.

Over the course of his career, Mr. Jorgensen has consistently demonstrated his ability to deliver on strategic goals through collaboration and teamwork. He holds a Bachelor of Arts in Business Administration from the University of Minnesota-Duluth and Master of Industrial Relations from the University of Minnesota. He served in numerous community volunteer roles prior to relocating to Lewiston. 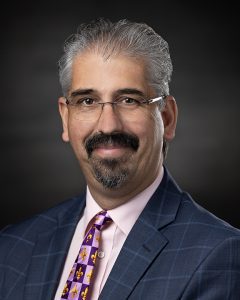 Dr. Smith serves as the Vice President of Medical Affairs and Chief Medical Officer for St. Mary’s Health System. In these roles, he provides leadership to the medical staff of St. Mary’s Regional Medical Center and oversight to the care provided throughout the health system.

Doug has been part of St. Mary’s since 2001. In addition to being a practicing primary care physician, he has served in multiple leadership capacities prior to assuming his current roles in 2020. Before joining St. Mary’s, he practiced in Shrewsbury, Pennsylvania as part of WellSpan Health System.

Doug, his wife and two children love having Maine as their home. He is a “Buckeye” by birth and education, having grown up in Ohio and graduated with his M.D. from The Ohio State University College of Medicine. He received his B.A. in Biology and Chemistry from Alfred University in Alfred, New York. After medical school, he completed his Family Medicine residency at York Hospital in York, Pennsylvania, where he served as Chief Resident. 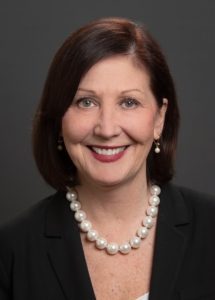 Over the course of her career, Pat has been dedicated in advancing nursing practice and creating a collaborative interprofessional care environment to improving patient care outcomes. She holds a Bachelor of Nursing and a Master of Healthcare Administration from Widener University and a Doctorate in Nursing Practice from Drexel University. Mrs. Scherle is also credentialed as Nurse Executive, Advanced from the American Nurses Credentialing Center.

Pat has relocated to Maine with her husband; her family is the joy of her life. 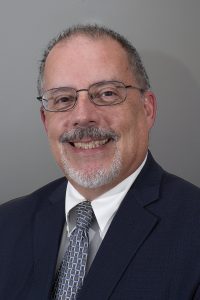 “I have a great deal of experience working in both strategic and analytical roles for not-for-profit health care systems, shared Bevers. “I look forward to applying those skills while working for an organization whose high level of care matches its commitment to mission and giving back to the community.”

Don brings to this position decades of experience in health care, with a considerable focus on financial structure and day-to-day operations. He earned a Bachelor of Science in Accounting from Stockton State College in Pomona, New Jersey. 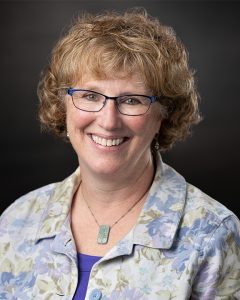 Elizabeth Keene serves as Vice President for Mission Integration for St. Mary’s Health System.  In this role she is responsible for integrating the mission and values of the Sisters of Charity, founded by St. Marguerite d’Youville, into the hospital, long-term care facility and physician practices associated with St. Mary’s.  Her work includes supervision for spiritual care, ethics, community outreach and spirituality in the workplace programs.

Her background is in pastoral counseling and end-of-life care.  Elizabeth created the volunteer and bereavement program for Johns Hopkins Home Hospice in Baltimore, Maryland and served as Coordinator for Spiritual and Bereavement Care at Johns Hopkins Home Hospice from 1995-2002.  She served as the Bereavement Coordinator with Harriet Lane Compassionate Care, the pediatric palliative care program at Johns Hopkins Children’s Center, from 2002-2008.  Prior to health care work, Elizabeth served as Pastoral Associate at St. Philip’s Parish in Auburn, Maine focusing on faith formation for the parish.

She received a B.A. in psychology and religion from Wellesley College in Wellesley, MA and she received her Master’s degree in pastoral ministry from Boston College.  She is a Fellow in Thanatology in Death, Dying and Bereavement from the Association of Death Education and Counseling and is an Associate Certified Chaplain with the Association of Professional Chaplains. She serves on several community health-related boards in Androscoggin County and is a member of the Maine State Palliative Care Advisory Council. 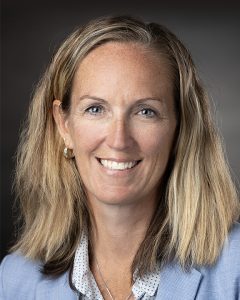 Heather Skolfield serves as Vice President, Integrated Medical Group for St. Mary’s Health System. Ms. Skolfield grew up and continues to live in the Androscoggin community. Prior to joining St. Mary’s, she worked for many years as an administrator at several hospitals in the state of Maine. Her professional accomplishments include valued leadership roles at Mid Coast Hospital, Mercy Hospital, and Northern Light in Bangor.

Over the course of her career, Ms. Skolfield has consistently demonstrated her ability to balance strategic decisions and financial discipline, with a hands-on approach to leadership. She holds a Bachelor of Science in Business Administration from St. Joseph’s College, of Maine and a Master of Science in Healthcare Administration from New England College. She enjoys being involved in the community and follows her children around New England for various sporting events. 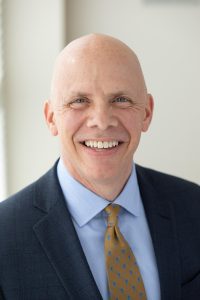 Mike Abbatiello, MPPM, CPA, FACHE serves as Vice President of Behavioral Health for St. Mary’s Health System. Mike is a Certified Public Accountant and a Fellow of the American College of Healthcare Executives. He holds a Master’s Degree in Public Policy and Organizational Management from the USM Muskie School of Public Service, and a Bachelor’s Degree in Accounting from Long Island University. Prior to joining St. Mary’s, Abbatiello held senior leadership roles in Maine for nearly twenty years at Sweetser, and Maine Behavioral Healthcare.

“I am honored to have the opportunity to be part of the St. Mary’s family, am so impressed with their commitment to Behavioral Health, and look forward to working with our teams to better meet the growing Behavioral Health needs in the communities we serve.” 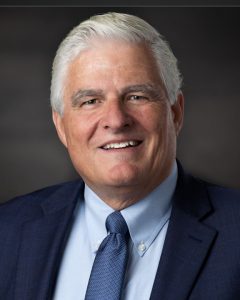 Steve Costello serves as vice-president for Business Development and Communications of St. Mary’s Health System. Prior to his current position, Steve was Executive Director of Philanthropy for Covenant Health/St. Mary’s. Steve began working at St. Mary’s in 2019 and for 35 years prior he was one of the owners and Vice-President of Sun Media Group, a family-owned media company that was the parent organization for the Lewiston Sun Journal and 11 weekly newspapers around Southern, Central and Western Maine. His areas of responsibility include strategic development of business interests, marketing and communications and facilities management.

Steve grew up in Maine attending local schools in Lewiston and went on to receive a BS from Rochester Institute of Technology in New York. He has been very active over the years in various civic organizations both locally and for trade organizations.

Steve lives in Lewiston with his wife Mary Ellen, and they have three grown children whom he loves to spend time with. During his free time, he enjoys skiing, biking, pickleball and playing golf. An ardent Boston sports fan, he has been a die-hard Red Sox and Patriots fan even during the lean years. 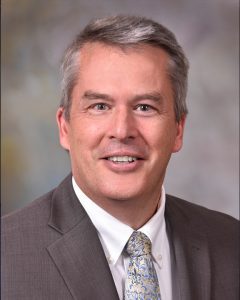 Prior to joining Covenant Health, Brad held the title of Vice President for EMHS (Eastern Maine Healthcare Systems) Foundation, where he led philanthropy efforts to build a new adult cancer center, pediatric cancer center, multiple sclerosis center and new inpatient tower.  He is known among his peers for his ability to communicate complicated concepts in straightforward and compelling language, and he is well respected by leaders in Maine and throughout New England.

Brad began his career in philanthropy at the University of Maine Foundation in 2001 after nearly a decade of practicing law.  Brad has received many service awards and recognitions dating back to the early 1990s.  He is a licensed Maine attorney, and he has been very involved in his community, including serving as president of the Maine Planned Giving Council and the Bangor Rotary Club, and board chair of Shaw House and treasurer of the Maine Conservation Voters.  He and his wife, Elizabeth, are the proud parents of three children. 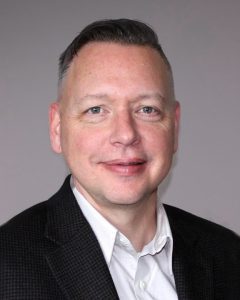 Hickey has more than 37 years of experience in the senior living field with an extensive background in independent living, assisted living, skilled care and rehabilitation care.

He holds a BS and a Masters in Health Care Administration.

He was recently appointed by Governor Mills to the Maine Nursing Home Licensing Board.

Hickey lives in Cumberland, Maine with his husband and 2 “kids”, two miniature dachshunds. He also has two grown children. 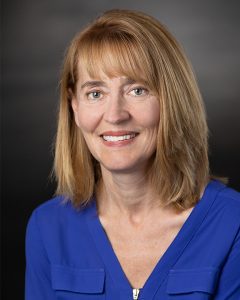 Brenda is the Director of Employee Experience at St. Marys’ Regional Medical Center.   She joined the St. Mary’s HR Team in October 2018 as a HR Partner after more than three decades in a management role in the Retail Industry.

In addition to her work experience, Brenda has a BS in Business Administration, a BA in Psychology, a graduate certificate in HR, and a Masters in Organizational Leadership, as well as HR certification from the Society for Human Resource Management (SHRM-CP).

Brenda represents St. Mary’s on the United Way Board of Directors and serves on their Health Impact Council as well.

Brenda and her husband have two grown children and reside locally with their rescue pup, Brady. When she’s not working she enjoys spending time with family and being at the beach.

Learn More About Us